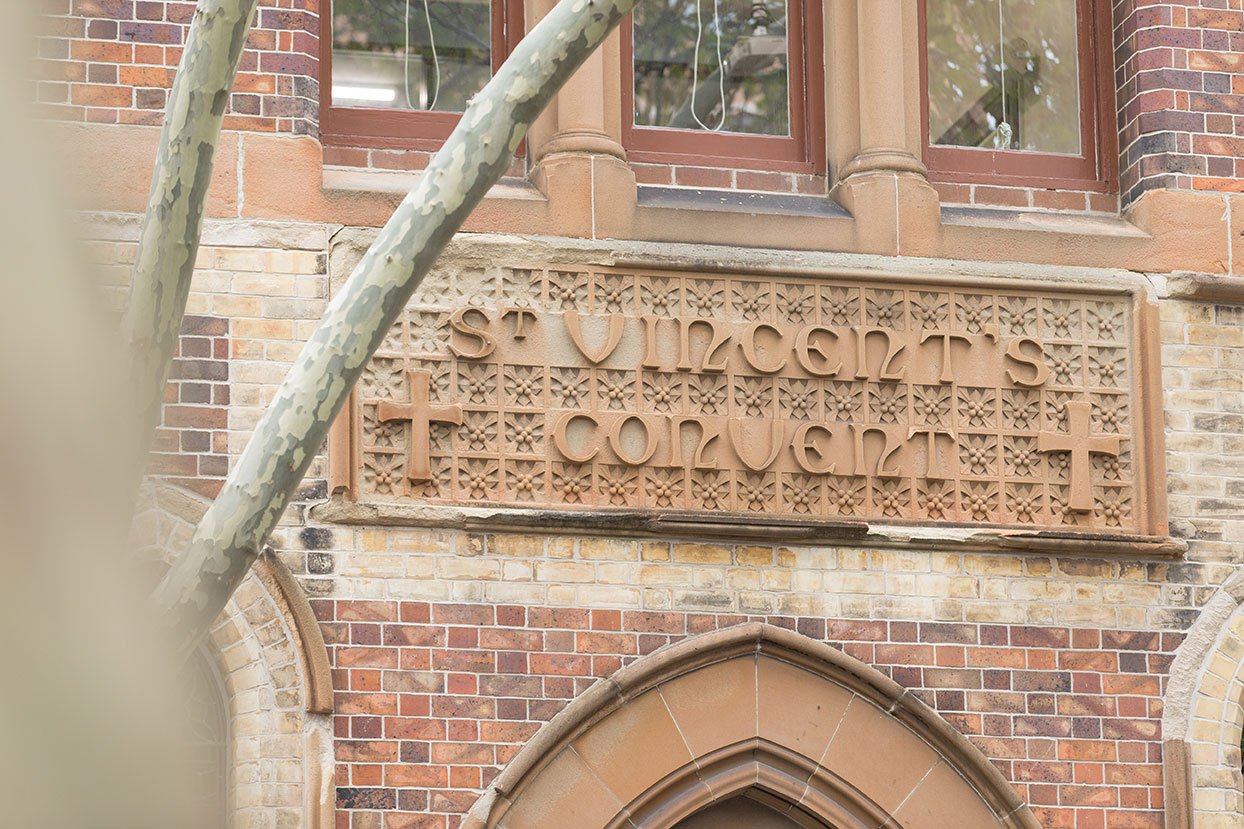 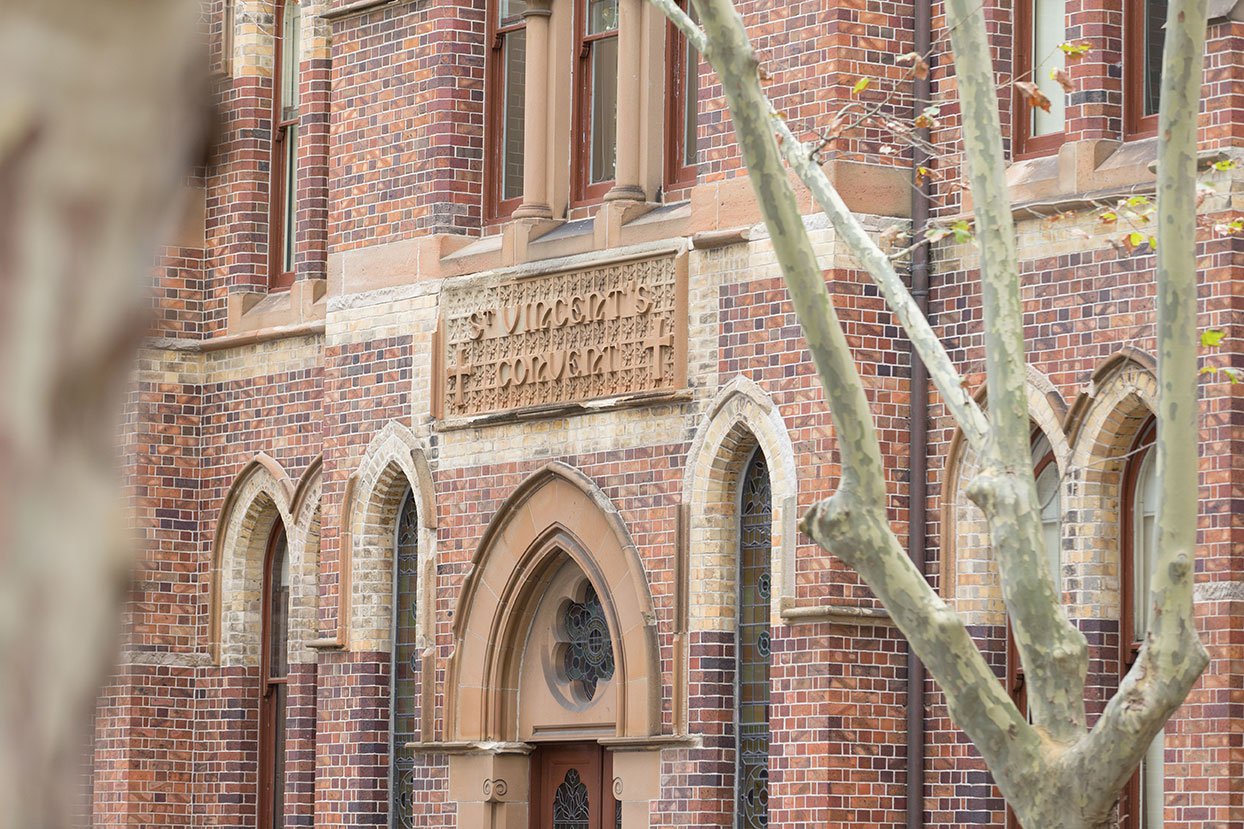 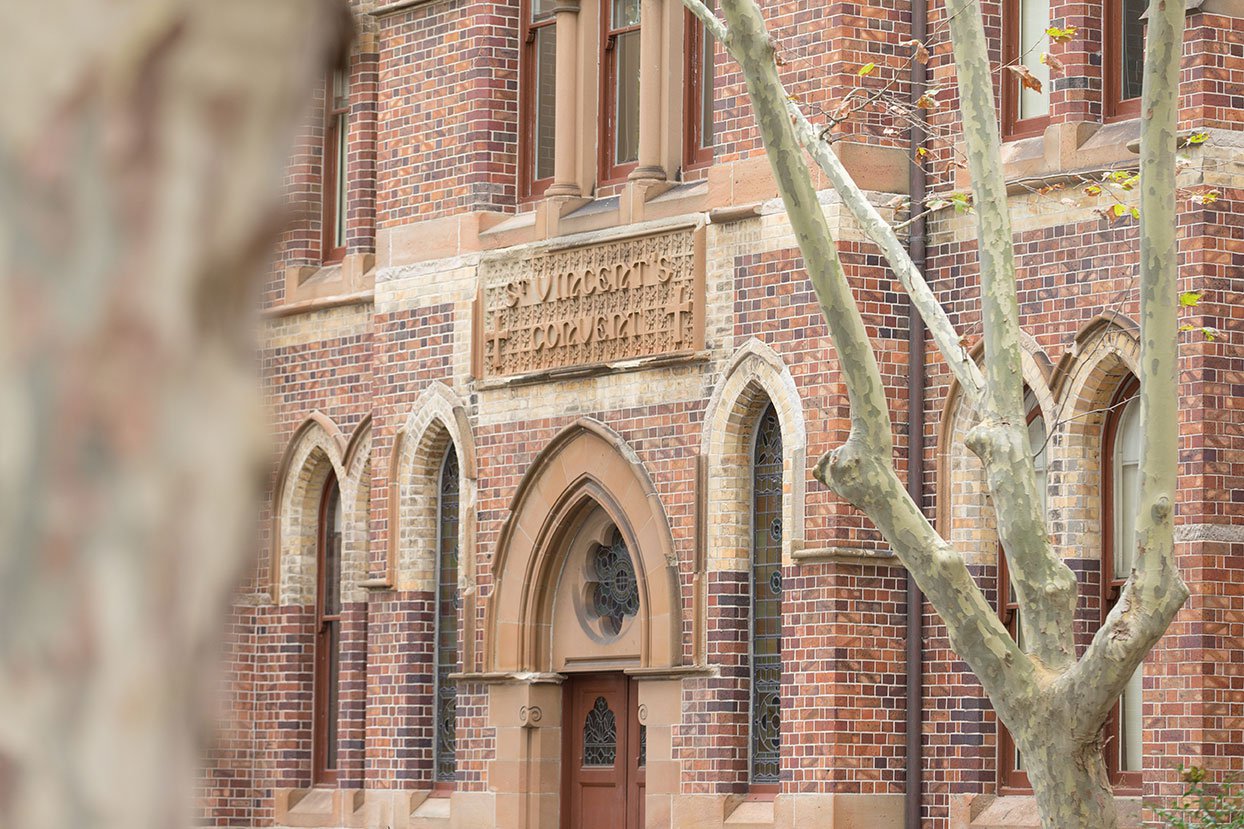 No. 54 - 78 Victoria Street Potts Point was designed by Sheerin & Hennessy, in 1885 and opened in December 1886. Sheerin & Hennessy were the architects commissioned by Cardinal Moran to build St Patrick's College at Manly, which was being constructed the same year as St Vincent's College. The Main Building is a three storey neo - Gothic building constrained by a narrow and rocky site. The building has distinctive bands of decorative pale sandstock brick contrasting with terracotta colour brick and Gothic sandstone details and trims to the windows and doors on the Victoria Street facade. 'The central steep pitched gabled feature with entrance door surmounted by sandstone inscription St Vincent's Convent displaying triple gothic windows, with miniature ones under the eave. On the ground and first floor were ten pairs of tall pointed arch windows, with indoor pulley ropes to open them, while the second floor had pairs of rectangular sash windows ... the sandstone chimneys in clusters of four added to the verticality of the building, and the roof ... was finished in slate. In the front hall of black and white marble tiles, the cedar staircase was beautifully lit by three stained glass windows with ascending base line.’ This feature was altered when a brick extension made a new entrance on the garden side, in 1967. (Source: HIS Ruth Daniell 2010)

Another late 19th Century building in the same Gothic Revival architectural style is located to the south of the 1886 Main Building, and on the Victoria Street frontage it is believed to be also by Sheerin & Hennessy, however the exact date of construction has not been established. The building is a simple brick with stone details and slate roof of two storeys. Another building has been built onto the 1886 Hall and this is also a two storey structure. The exact date of construction is not known however it appears to be c.1920. The ground floor of both the 1886 Hall and c.l920 building are currently used for storage, the rooms in the building are used for applied technology class rooms.

St Vincent’s College is of historic significance for its long association with the historical development of Potts Point and with Tarmons, one of the earliest residences, and with the Sisters of Charity, the founders of the school. There are early historical associations with Sir Maurice O’Connell and Sir Charles Nicholson the first and second owners of the original Tarmons House. The site is associated with a number of architects of note. The 1886 building was designed by prominent architects Sheering and Hennessey. The 1863 building was possibly designed by Government Architect Mortimer Lewis. The Chapel was designed by Dublin architect W.H. Byrne, with details transposed to Gothic details by Sydney architect Arthur Polin. The 1938 College Building was designed by Clement Glance Senior, an architect who designed a number of institutional buildings for the Catholic Church. 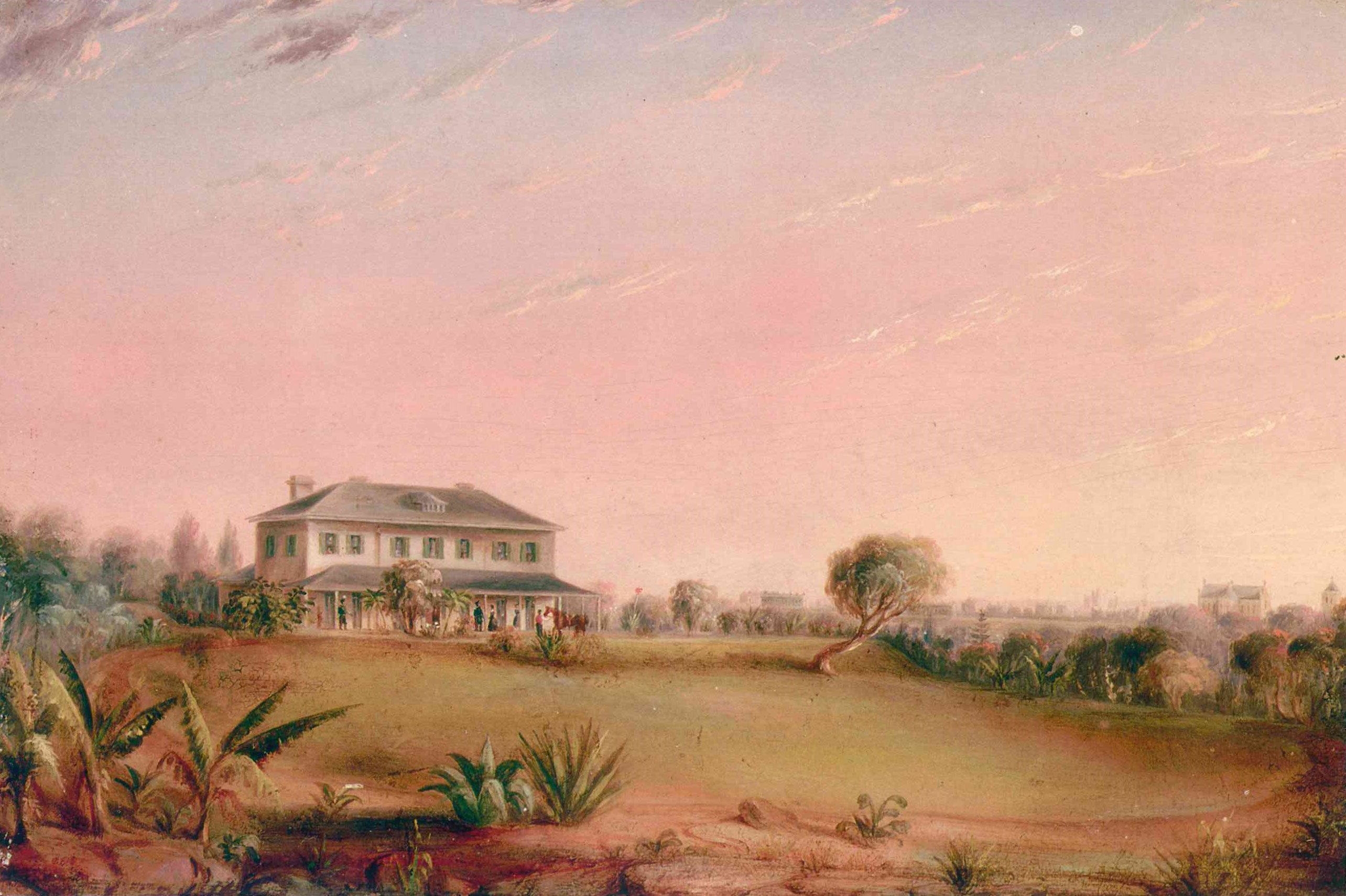