St Vincent's College is under the stewardship of Mary Aikenhead Ministries. 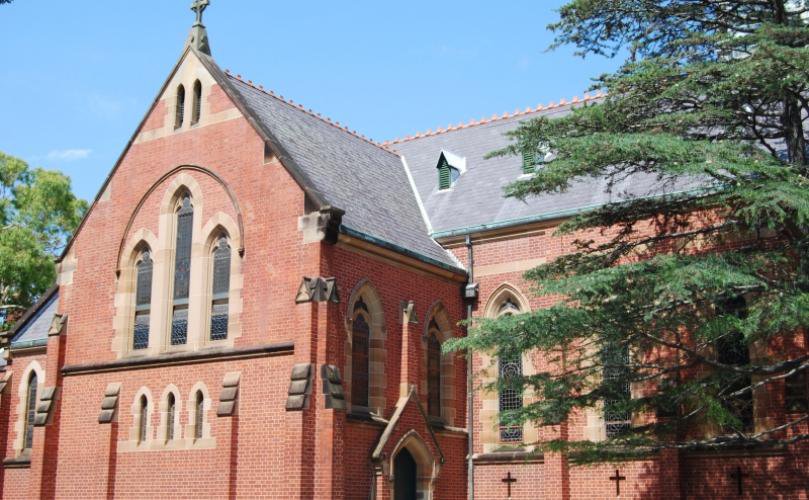 In 1993 St Vincent's College was incorporated as a Company Limited by Guarantee and the Sisters of Charity entrusted the governance of the College to a Board appointed by the Sisters.

The Directors of the St Vincent's College Board are collaborators in the MAM educational mission. They contribute their expertise, experience and creativity in order to sustain and continually renew the life of the College. We are inspired by those who have gone before us and we accept that the future of St Vincent’s College will be shaped by our choices and responses to current opportunities and challenges.

John is the Chief Operating Officer for Carroll & O’Dea Lawyers. He has over 20 years’ professional experience in financial and operational management practice. John holds a Master of Applied Finance from Macquarie University and is accredited as a Certified Practicing Accountant and Project Management Professional.

John has a passion for community service. As well as serving as a Director for St Vincent’s College, his pro bono contributions also include serving as a Senator for the Australian Catholic University.

Board Director since 2012 Chair, Finance Committee

Sister Elizabeth was a founding Trustee of Mary Aikenhead Ministries (2009-2011) and Congregational Leader of the Sisters of Charity from 2002-2008. Sister Elizabeth has held many leadership positions within Catholic Education including the position of Principal in secondary schools in Sydney and Melbourne, Supervisor of schools in Parramatta and as the Director of the Edmund Rice school system in Queensland and the Northern Territory.

Many of her current ministries involve collaborating with other Religious Institutes in the areas of governance or education. She serves as a director on a number of College Boards and Education Councils as well as a Commissioner on the Australian Bishops’ National Catholic Education Commission.

Sister Elizabeth has a passion for social justice and the renewal and leadership of the laity within the Church.

Board Director since 2013 and Chair of the Mission, Identity and Education Committee

Vicki is the Principal at St Patrick’s College Strathfield, an independent school for boys from Years 5 to 12 in the tradition of Edmund Rice. She was previously the Regional Director, Southern Region at Sydney Catholic Schools since 2018. Her long career with Sydney Catholic Schools began in 1983 and spans over 30 years where she held various leadership positions including Principal at Domremy College, Five Dock and more recently, Principal at Bethany College, Hurstville. She has acted as Secondary Regional Consultant, Eastern Region and as Education Officer, Secondary Curriculum. Her early career includes teaching Mathematics and Science. Vicki has also lent her expertise in reviewing educational legislation and compliance. Apart from being one of St Vincent’s College’s illustrious alumnae, her education includes a Bachelor of Science degree, a Diploma in Education, a Graduate Diploma (Arts) in Religious Education and Theology, a Master of Arts (Pure Mathematics) and a Doctor in Education. Vicki is also a graduate of the Australian Institute of Company Directors, which enhances her expertise in the area of Governance.

Jessica is the Senior Legal Counsel for Group Property and Security at the Commonwealth Bank of Australia, as well as being its lead lawyer on the Modern Slavery Project. Her career in law spans over ten years and includes positions at Carroll & O’Dea Lawyers and McGrath Limited. Her areas of expertise include commercial property, privacy and IT policies.
Jessica has been involved in various pro bono initiatives including Director on the Board of Mount St Benedict College and member of the Future Resources Committee for the Brigidine Sisters. She has extensive experience providing legal advice to religious institutions, not-for-profits and corporations.
Jessica gained her Bachelor of Laws degree from Western Sydney University as well as an Arts degree in Government & International Relations and Sociology from the University of Sydney.

Kate is a proud ex-student of St Vincent’s College. She is a senior government lawyer having worked for many state government agencies and has held leadership roles in government and her community. She has expertise across subject areas including the environment, heritage, planning, energy, and local government law as well as in governance. Kate is accredited by the Law Society of NSW as a Specialist in Government and Administrative Law.

Melissa Webber is the founder and Managing Director of Holy Cow! Design & Advertising, a creative agency in Surry Hills. Originally from Canberra, Melissa studied graphic design then worked overseas for several years before returning to Sydney set up her own agency.
Since its inception, Holy Cow! has worked with charitable organisations and national and international corporations, and has provided pro bono services to the Sisters of Charity Outreach, a cause dear to her heart. She also served on the Outreach Committee from 2003-2013 and has had a long association with the both Sisters of Charity and Mary Aikenhead Ministries in various capacities.